Then, I started back up the mountain. I felt strong and happy and was so glad that it was a nice day! 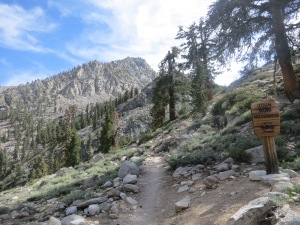 It wasn’t long before I saw two thru-hikers coming down. I told them they would have no problem getting a ride, thinking the three women could take them into town. I continued to climb, noticing things I had already passed when I tried climbing this part in the storm. I found the snow basket the ladies had mentioned, but it soon fell off my pole, too. The wind picked up and blew my visor off, leaving me in a moment of panic. Luckily, I was able to chase it down and retrieve it before it blew off for good. I passed a young couple who were out for a couple of days and slowly worked my way up. The climb wasn’t as bad as I had been dreading on the way down, even with such a heavy pack. 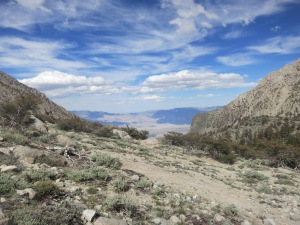 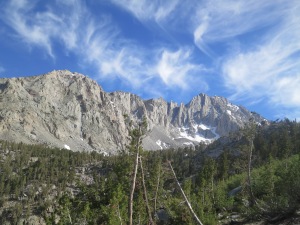 I made it above treeline and kept my eyes on the pass, knowing I would be there shortly. 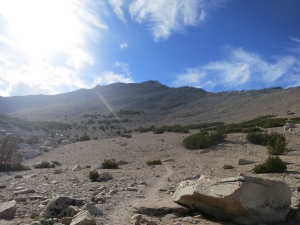 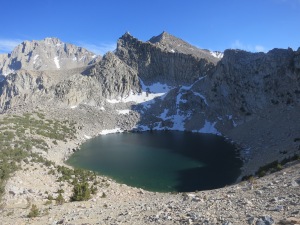 And then, I was there at the top! 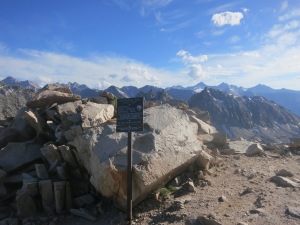 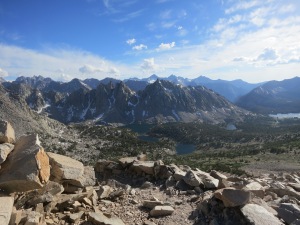 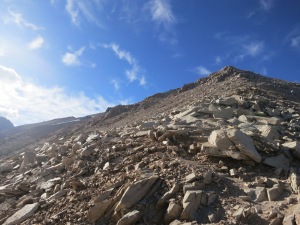 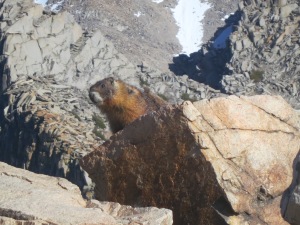 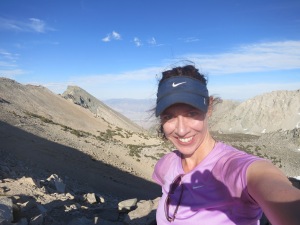 I took a break and watched the marmots play around me before heading down the pass and into new territory. The terrain flattened out and was dotted with pretty pink flowers and square granite rocks. I stopped at one of them and ate a power bar, as my energy began to fade. 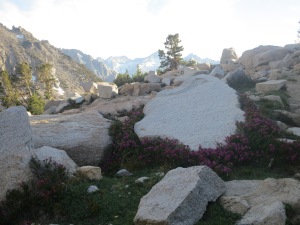 I walked on, stepping over a small stream and then walked along a ridgeline. A man headed my way asked me how far the water was. He had set his tent up further back in a stand of trees, a good distance away from the water. I walked on into the evening, and grew more and more tired. Eventually, I reached an intersection. One path lead to a lake with a bear box. I chose to stay on the PCT. The sun was setting and I just wanted to find a place to sleep. I walked across a meadow and headed up a hill to my right where there were large rocks and trees and found a flat space to lie down.

I munched on a bagel and another power bar and got into my sleeping bag. I was so tired that I didn’t even want to look at the stars. I was in a bad mood! This was going to be a tough stretch ahead!