I gave my fourth library talk on July 15 and in the following couple of weeks, the most amazing “accidental” encounters occurred! It seemed like nearly every time I stepped outside, I ran into someone that recognized me from my talks and wanted to chat, or potentially wanted me to teach them yoga! I almost couldn’t believe it! It felt like the universe was opening up to me for the first time ever! Two days after my talk, I walked by my neighbors and new friend’s house (the woman who I sometimes walk to the beach with and who I invited to my talk). They left before I had a chance to chat with them afterwards and I was hoping to get their opinion. With great luck, they were standing outside of their house, talking to their neighbor, when I walked by. Charlie greeted me and after he was finished talking to the neighbor, he said, “Your talk was spectacular!”. (!!) He told me that he was going to get together with their friends and discuss possible abuse survivor groups for me to give it to as well, if I were up for it. After telling me all of the things he liked about it, he gave me a couple of suggestions for future talks and then invited me inside. He proceeded to give me fatherly advice on going after every possible connection (my greatest barrier).
On a different rainy day, I decided to go for a very short walk just to the edge of the beach. A woman was riding her bike in the opposite direction and stopped when she saw me. It turned out that she had attended my last talk and apologized for having to leave without introducing herself. She told me that she has climbed all of the 4,000 foot peaks in New England and within a couple of minutes, we decided to go on a hike together! (I could not find anyone to go on a hike with me since the PCT which has been extremely disappointing!).
I also attended a play that a friend who works in the coffee shop I go to was acting in. The next day, I went back to the shop (after already gotten my coffee in the morning) when her shift started so we could chat about the play. There were too many customers for us to do that, however. I stood by the counter as she asked a man if he wanted one of the pies he was eying. “If I could eat pie and look like her, I would get one!” he said. “You probably don’t eat pie” he said to me.
“You wouldn’t believe what I eat!” I responded. “I eat ice cream every night, scones, chocolate bars…”
“Well, you must be 25.”
“No. I’m old! It’s yoga!”
Within the next couple of minutes, I find out that he is the best friend of one of my favorite yoga teacher’s parents! We exclaimed about how amazing she is for the next few minutes and then somehow, I let it be known that I teach yoga, too. He asked where and when I said Cambridge, he said, “Too bad. That’s too far away for me.”
“But I live here! I want to teach here!”
A couple of days later, we met for coffee and talked about possible places to hold lessons, methods of advertising, and his own interest in taking some lessons. I left our meeting filled with hope and the belief that I CAN build my own life!

About a week later, I asked the girl at the counter if she would be interested in joining an informal yoga class outside with some of the other coffee shop girls. A customer who was eating at the table perked up. “When is this class?”
I couldn’t believe it…! (What is going on??!)

Finally, I was walking by the post office one morning after getting my coffee and saw a woman who attended my talk. She had given me a hug afterwards and chatted with me and her daughters for a moment. “I wanted to run something by you,” she said. I thought she might have an idea for where I could give another talk. “My daughters and I were wondering if you could lead a yoga class down at the beach sometime.” I gave her my e-mail.

I believed this was all happening because I spoke my truth at my talk and for the first time, due to a question from someone in the audience, I told the people there that I wanted to find as many places to give my talk to as possible, that I wanted to teach yoga, and that I wanted to write. Previously, when asked what I am doing for a job, I said I was still struggling with that. The timing of all of these occurrences also coincided with my decision to let someone in my life go. And boy did the universe respond!

But then… I let the person back in when they decided that it had been too long, none of my connections actually manifested (my potential client canceled, the woman who wanted to do beach yoga never e-mailed, I never heard anything about other possible groups to deliver my talk to), and then I got very sick with a bad cold. My energy completely drained out of me for several days. I didn’t understand what was wrong with me! And then I felt a cold coming on. I taught yoga for the next several days and tried to stop the cold from magnifying, knowing that it always takes me 3 weeks to recover from. By Friday, it had become full-blown. I rested for 4 days, during which any moment that I was awake, I was either sneezing, coughing, or blowing my nose. And then my car broke down for the 4th time since the PCT! (!!) It was a complete downward spiral. I taught another round of classes while sick, and then cut my planned couple of days hiking in the White Mtns short. It was my one window of hiking this summer, as I had been scheduled to present at Pinkham Notch- the place where my hiking life started 15 years ago. I really hoped to have several of my friends there- people I could enjoy a hike with. But once again, I ended up having to go alone. And then, the morning of the presentation, I was suddenly besieged by crippling intestinal pain once again! I thought I might not even be able to drive! Hours later, the pain had not subsided at all, and my hiking trip was cut to one solitary day.

Now, although the cold is still lingering, I am back to yoga (although struggling with a torn cartilage injury in my left ribcage, as well as my perpetually torn groin and achilles) and trying once again to become a business woman and create a way to make a living for myself. So far, I have made everything that I am doing happen by myself. I have written to 109 libraries and have scheduled 8 talks in September. But you can only get so far on your own. I know that I will need the assistance of others to help spread my offerings.
I’m hoping I can find myself back in the same kind of space I was in over a month ago! 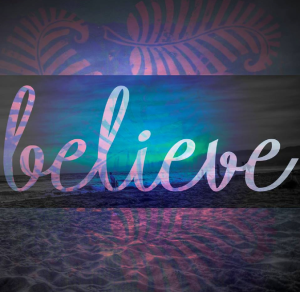