I actually started to really sleep last night and did not want to get up! Sleep only happens on the second night of my stays in town because the first is filled with adrenaline and anxiety over everything that needs to get done in such a short amount of time: showering, washing clothes, shopping, eating, communicating with people from home, organizing resupply, journaling… There is never enough time!
I walked down to the Dam Korner for another avocado, bacon, and cheese omelet and wheat toast while I observed the interactions between the locals around me. I pondered whether or not I should order some french toast and decided to go with a half order. My stomach seemed to be feeling better this morning.
I returned to my room to sort through my food and do my final packing, and ended up having a little time to journal while I waited for Salty’s Dad. A saw a white van pull into the parking lot and got up to return my keys. Roadrunner, Will, and I climbed into the backseat and the little dog snuggled in between me and Roadrunner. 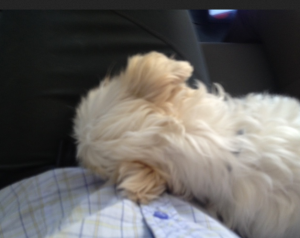 The ride back to the trail was very quiet and I started to get overheated and a little claustrophobic as there were no windows in the back of the van where I was sitting. I continued to write and then gave up when all traces of cell signal were lost. I wouldn’t be able to post anything anyway.
We reached Walker Pass and climbed out of the van to retrieve our packs, still in a space of awkward silence. The wind was blowing my shirt up, making me even more uncomfortable. I took a picture of Salty and his Dad, thanked them for the ride, and gave Salty a hug, which was not well-received. Both of them had a feeling of distance. 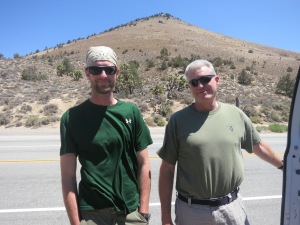 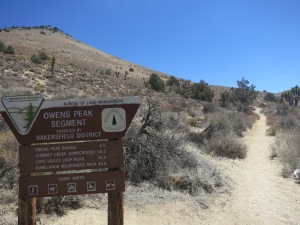 As the van drove off, Roadrunner and Will immediately started up the trail. I spent a couple of minutes taking pictures of the historical plaque and drank a half liter of water so that I was left with four liters to carry up the climb. I ended up having to pee a lot during the beginning of the climb, which always happens after leaving town. I felt good again after my stay. I had eaten enough that I didn’t feel hungry and I felt happy and filled up in every sense. 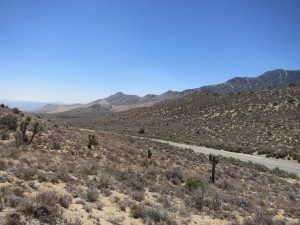 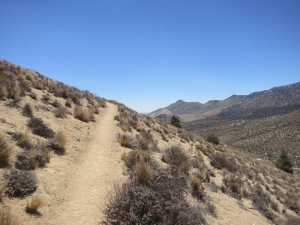 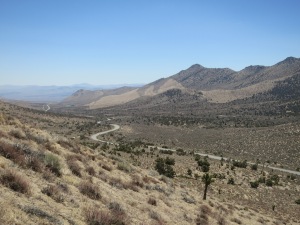 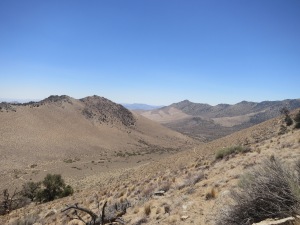 I made it to the top of the switchbacks and saw a nice little resting area ahead. However, I knew that Roadrunner and Will would be relaxing in that spot and I was right! I continued on and found another little area that looked like a good break spot. I entered the cove to find another hiker with raccoon eyes from his sunglasses tan, who was airing out his sleeping bag. I had never seen this guy before and asked him his name. “Crazy Nuts,” he said. He didn’t smile or seem to want to talk at all, so I excused myself from the area and walked on, finally reaching a little tree that I could sit under all by myself! I ate my avocado and found a text from my resupply people concerning a shirt that I had ordered before the start of my hike, which still had not been delivered. I didn’t remember what company I had ordered it from, so they were guessing where I had bought it and were calling up companies who had no record, instead of looking in my e-mail account that I had sent them, where it could have been easily looked up. It’s frustrating to not have a computer to be able to sort these problems out myself. My phone battery was starting to drain as I spent time trying to search for the initial order.
A bit later on, I received a text from Drama asking me what my shoes prints looked like! Drama was hunting me down! How fun! I knew that there was no reception before Walker Pass and knew that he must be close to me if he could text me! I looked around with wide eyes and started moving! I quickly lost any range of reception and was unable to communicate any further with him.
The temperatures weren’t too hot and the scenery was beautiful, especially during the first half of the day. And there was some beautiful stonework along the trail to prevent erosion. 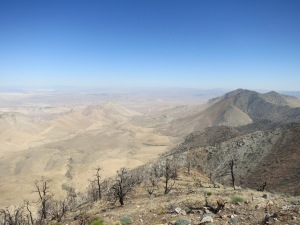 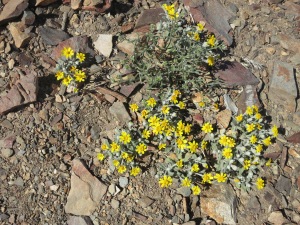 As the day wore on, the sun grew stronger and made it difficult to see. I grew hungry and my energy started to fade. I sat down and ate a power bar and wished I could dump some of the water weight I was carrying. It felt like it was getting heavier and heavier!
At 5:06, I made it to the intersection of the Joshua Spring path, where someone had dropped off their pack.

I walked past it and found a tree to sit under and cook my dinner of pasta and peas. I didn’t plan on collecting water at this spring because it was a long walk downhill to get to it and there were reports that it was unsafe to drink because of the amount of uranium that it contained. However, when I looked more closely at the water report, the next source appeared to be a one inch deep, 5 inches wide puddle that people were pumping from! I didn’t have that kind of filter, so I had no choice but to go back and collect water from Joshua Springs. I saw the owner of the pack emerge back up the hill. He was extremely skinny and was wearing a brown hat with flaps on three sides, and a bright orange cape-like thing around his neck. He looked like Michael Jackson to me! I hoped that it wasn’t Drama! I hadn’t seen him since Warner Springs and didn’t know what he might look like by this point! The strange-looking hiker took his time collecting his things and spent several minutes photographing the Joshua Springs sign. Finally, he slung on his huge blue pack and walked by me.
I felt something on my seat and after waiting a moment to make sure that it wasn’t imagined, looked down to see red ants all over me! I had sat on top of an ant hole! I quickly got up and brushed as many off as I could!
Then, I made my way down the third of a mile to the springs. I startled the anti-social guy who was climbing back up from there. I asked him if anyone else was down there (“No”) and if he knew who was ahead on the trail, as I had just spent a day and a half in town. “No.” Great! Thanks…
I collected my water, slowly climbed back up to the PCT, filtered the water and headed out for a couple more miles. The trail went down, down, down, and then kept climbing back up! I felt thirsty but couldn’t drink much water because I needed to conserve what I had for the next 20 miles!
I took a couple of pack breaks to rest my aching shoulders and then as I walked on, saw a flat spot that was just big enough for my sleeping bag along the side of the trail. It was now 7:35 and I decided that is where I would stop for the night! I was hungry and snacked on a coconut Kashi bar, some of Icebucket’s grapenuts mixed with a little protein powder, and a peppermint patty for dessert. I actually took some time to journal (a rare event), and snuggled into my sleeping bag. The temperature had dropped from 67 to 61 degrees in the last 20 minutes!