I noticed that it wasn’t as light as it should have been when I got up to pee. At 6am, it started raining! (What?) How strange! I made some oatmeal and ate it sitting on top of my sleeping bag instead of needing to huddle inside of it, as it was 56 or 57 degrees- the warmest morning on the trail yet! I decided to take it slow and not rush out into the rain. When there was a pause, I decided it was time to break down the tent, so I got out and wiped off as much of the water on it that I could. And then (of course) the rain started again! I crawled back inside my tent, took my sleeping bag out of my pack again and lied down for a bit. There was no point in going anywhere right now. This also meant that I would not be hiking a long day today! Mother nature had spoken. The next time the rain stopped, I packed up the tent and got moving. It was 7:53 by the time I got on the trail. 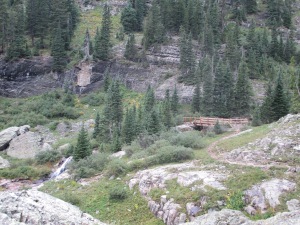 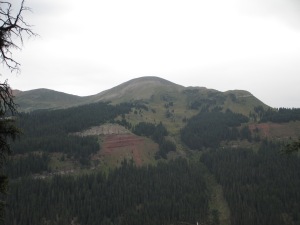 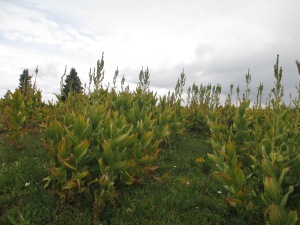 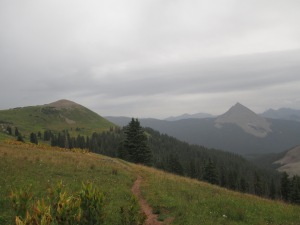 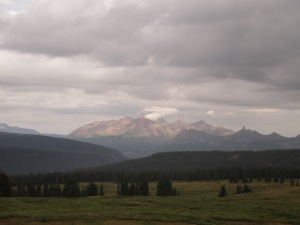 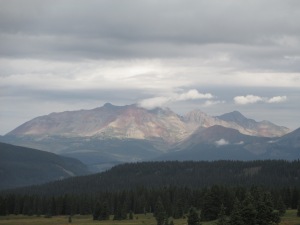 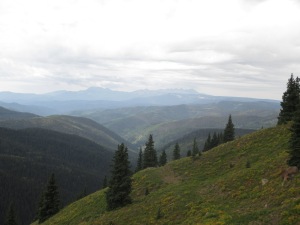 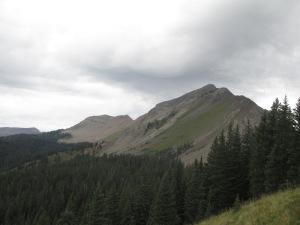 I didn’t feel so great today. I had cramps from my period and was very cold. I hiked with my rain gear and hat on for most of the morning. The rain kept coming down. For what was the warmest morning so far, it was now the coldest of hiking days. I saw two groups of grouse in the morning hours. They blend in so well with the trees (which doesn’t make for good pictures)!
My energy was very low and I felt hungry earlier than usual. I found a tree to sit under to eat lunch while the rain came down. I was shivering. 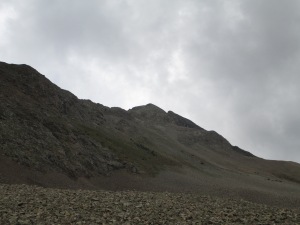 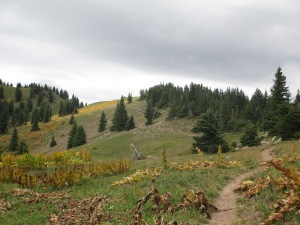 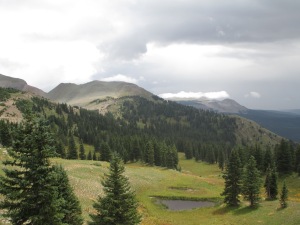 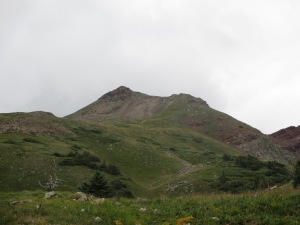 As I continued on towards the last big climb of the day, I saw a couple ahead of me making the ascent! I was gaining on someone else! I stopped several times on the climb to take pictures and catch my breath for a moment. The pass was at an elevation of 12,000 feet, and the effects of altitude always seem to kick in above 10,500 feet. 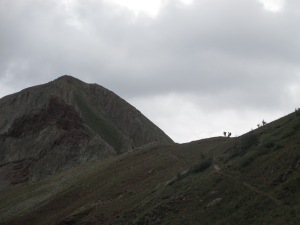 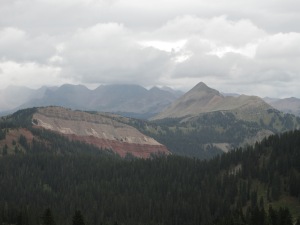 I could see the girl posing for pictures at the top. I didn’t make it to the top before the rain started coming down hard again. All views were obscured by the clouds. I was just a few minutes too late. Luckily, the descent was pretty, and the red clay under my feet was not slippery. It was so green that it made me think of Ireland. 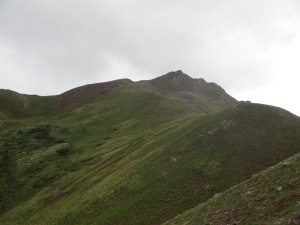 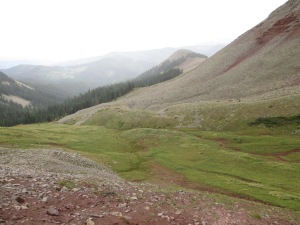 I took a break once the rain let up and turned on my phone. I was so surprised to see that I had reception (it was virtually non-existent in the second half of the trail)! And I got four texts! One of them was from my Swiss friend, who asked me to let him know when I would be in town next because he would like to talk! (I had been thinking that it is always me who initiates contact, and that he had completely dropped out of my life in the past couple of weeks, so this was a huge surprise for me!).
The rain kept coming down. I slogged on. At the creek, I caught up to the couple who were ahead of me and we chatted a bit. They were section hiking. They found a place to camp not much farther ahead, and I continued on, mile after mile. When the rain cleared, pretty light reflected off the mountains in the distance. 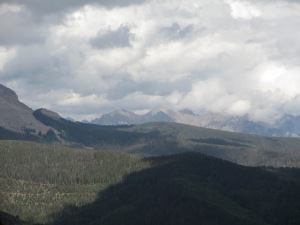 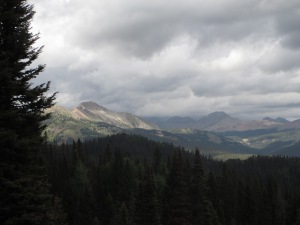 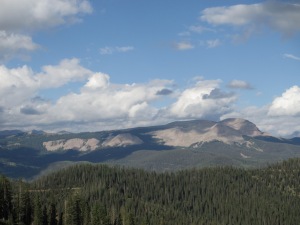 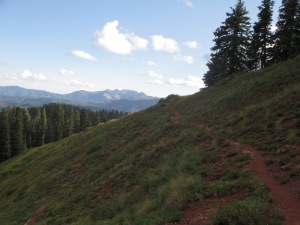 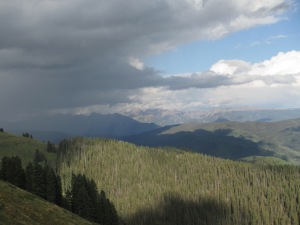 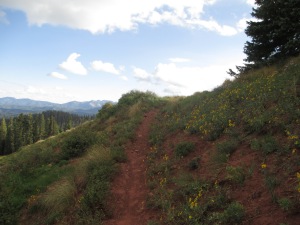 In my final mile, I could see huge dark clouds behind me! I felt like they could quickly overtake me, so I hurried to find a campsite. I went up into the woods on my right and searched for some fairly level ground without too many sticks underneath. I set up my tent as fast as I could and then noticed the clouds dispersing. I returned to the trail from the middle of this dense forest so I could have a view while I ate my last thai noodle dinner. 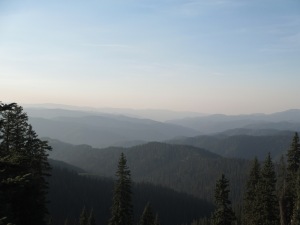 Then, I returned to my tent to change into dry socks and settle down for the night. I only have 39 miles to hike before reaching Durango! I wished for good, clear weather tomorrow afternoon for crossing Indian Ridge.