I had the opportunity to take a mentorship this past January and February with the yoga teacher whose classes I have learned the most from, alongside 9 other women. We met on four Saturdays for 5 hours each. Most of us were hoping to learn some of the incredible assists that Georgia gives, as well as what goes into the designs of her creative and very intentional classes. On the first (very cold) morning that we met, Georgia lead us through the primary series Ashtanga class, which was how she began her own yoga practice (and why she has such an an amazing knowledge of alignment). It was my first experience with Ashtanga yoga- a very strict, disciplined, and challenging style. While I am thankful for the variety of postures and flows that I receive from the classes that I take, I can see the benefits of incorporating a set routine to practice challenging poses and transitions more frequently. After taking some time to write our thoughts on the class, we gathered for introductions, and were then split into two groups. Georgia informed us that each person in the first group would be teaching a 3 pose sequence (based on something inspired by the Ashtanga class we just took), and the people in the second group would be given a pose to cue and assist. Not expecting to have to get up and teach one another (at least not so soon), feelings of nervousness and uneasiness pervaded the air. Having to teach or adjust other teachers or practioners who have more experience than I do is uncomfortable enough, but, as I was reminded, cuing a pose in the middle of a class is an even more ungrounding experience for me. I left the day feeling awful about how I presented myself and kept thinking that everyone else must be wondering how I could possibly be teaching. It seemed like many of us were feeling similarly because instead of forming bonds with each other, I sensed an even greater degree of separation among us than before this first session together.

In the three weeks before our next meeting, Georgia assigned us to watch Brene Brown’s TED talk on vulnerability and write a response on how the ideas she puts forth in the video might inspire our practice and/ or teaching. The following Saturday, we met again, easing into the morning with meditation, and then taking a more typical “Georgia-style” class. We knew that we would have to stand in front of everyone and teach to the group again later in the morning, but for now, we were safe, alone on our mats, and in our comfort zones. We wrote our thoughts on our experience of the class, and then gathered together to discuss our responses to Brene Brown’s talk. I found the different responses to be interesting and thought-provoking, and the topic of our discussion- that happy, fulfilled people allow themselves to be vulnerable, seen fully in all of their imperfections, and live with a whole, open heart- allowed us to connect with each other on a much deeper level than when we had simply introduced ourselves and stated why we were here. We revealed meaningful things about our lives, talked about our insecurities, and shared places in our lives where we have a hard time being vulnerable. We started to relax and open ourselves to one another, and by the time we left the studio, I think most of us were filled with inspiration and gratitude. (And Georgia had changed our teaching assignments to take off some of the pressure that we were feeling the first day!).

By the third meeting (a week later), we were starting to feel more comfortable with each other, and concentrated on practicing assists on one another in various poses. Assisting requires a good eye and intuition, in addition to knowledge of correct alignment, as well as a comfort level in firmly touching another person. It is a skill that requires a lot of practice. (More than anything, I was reminded of how difficult teaching yoga is on that first day that we met. A good teacher comes up with new inspiring classes each time, has to practice the flow on her own, memorize it, be able to change it to adapt to the students needs on that particular day, be able to cue the poses well, be able to demonstrate the poses well, be able to mirror the students (cuing lefts and rights without mirroring is challenging enough!), observe the students, walk around and adjust their poses, find good music and make playlists, find good readings for the end of class, know the Sanskrit terms for the poses, and on and on!).

In our final meeting together, on a day that we were moved from one space to another in the studio because it had been overbooked, we practiced together and then (in a small closet-kind of room in the back of the studio), we had a discussion on ahimsa (non-harming). Many of us are very good at treating others with kindness, but have a more difficult time treating ourselves with kindness and compassion, especially in a world where we are constantly being bombarded with messages that we are not good enough the way we are. In talking about ways that we could practice ahimsa, we were reminded that we can not actually be kind to others without first being kind to ourselves. We need to learn to be honest with ourselves about what we need and how we can best care for ourselves, and then express those needs in an honest and compassionate way to those who we interact with. After our discussion, we moved back into the room where we first gathered nearly two months ago to teach and assist each other for one final time in a series of poses that we were inspired to deliver in the moment. Half of us were assigned to assist while the others practiced and rotated with one person teaching, and then we switched roles. Those of us who began with assisting, at first rather sparingly and timidly, adjusted a few of the poses that were being offered by the teacher. But as Georgia came to the front of the room to show us what she would do on the person teaching, we realized that we can have our hands on our student most of the time- not simply to help them align themselves in certain postures, but to offer them love and give them massages in times they were not moving. Our focus quickly began to shift into taking care of each other, rather than worrying about what we should be doing- or if what we were doing was “right”. Although most of us still felt very nervous standing on the teacher’s mat (all attention singularly focused on this person with great expectation- a ripe place for insecurities to loom), the feeling of love and support in the room helped to ease the feeling of pressure. By the end of our collective class, we enjoyed restorative, relaxing postures, and received caring massages from the person assisting. The final woman to teach talked us through two long restful poses. The first was side bends over a bolster. I was taken such good care of by a woman who, many times throughout the mentorship, expressed her wish to be softer around her students and her own children. And yet, in the few minutes that she paired with me, I experienced more nurturing from her than almost anyone in my life. She didn’t need to find any softness- it was clearly already fully there. When it was time to shift to a second pose over a folded blanket, Georgia wanted us to switch roles so the assister could experience what we were just given. She wanted everyone to get an equal opportunity to receive love. The woman who was working on me immediately looked at me and said, “Oh, Wendy. I’m so sorry. I really wanted to do this for you.” Those words, feeling, and intention in those few seconds meant more than I can possibly express. She knew that I was not loved and nurtured as a child (or even an adult), and had received very few opportunities to be taken care of like that. I wanted her to continue attending to me as much as she wanted to provide the care (which was a feeling that even surprised me) , but we switched roles as we were told, and I tried to take the best care of her that I could instead.

We gathered together one last time for a few remaining words, most of which we were not able to express. We had just demonstrated that all you need to do to connect with someone is to show your love, to give love, and to be able to openly receive love. It’s so easy to close one’s heart in order to protect it from getting hurt, and it is so easy to focus on one’s insecurities and perceptions of lack. But in that hour, we demonstrated so clearly that we are all enough, exactly as we are, that we lack nothing, that we have so much kindness and goodness to give, that simply by staying by someone’s side is so healing, and that the power of touch is so much greater than any words we could ever say. We are all made of love. We all have it. We just need to strip away our fears, our insecurities, and our self-doubt and allow what is already there to shine through, extending ourselves to one another. Love, not knowledge, is the greatest gift you can give. It is always available and so amazingly powerful. 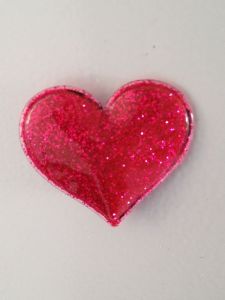 (P.S. Three days later, thanks to Georgia’s cues, I was finally able to do a pose that I had been trying with only marginal success for two years (galavasana)! I had written to Georgia about it being one of my challenge poses, and Georgia told me after I did it that that was her intention for me! Intentions really do work!!)